Hi ! My name is Paul Ezeudoh but a lot of people know me online by my Digital signature ‘AURACOOL’. The Term is a phonetic alternative for the word ORACLE, noted for being a medium of learning and consultation which exemplifies what i do on social media.I have 2 Engineering Degrees. An undergraduate Chemical Engineering degree from Federal University Owerri and an Msc in Oil and Gas Engineering from Robert Gordon University, Aberdeen. In this article, i will share the story of how i became an Influencer in the Nigerian Social Media Industry.

My passion for Digital Marketing started in 2008 when i returned back to Nigeria from the Masters course i attended in the United Kingdom. I started using social media for fun like every other person but soon started catching the attention of a lot of Nigerian celebrities because of the unique style of my updates.

The first celebrity to notice me back then was @Donjazzy in 2011. I was really surprised when Don Baba J messaged me to ask if i was a bot ( for those who don’t understand, a bot simply means an an auto application that sends messages). He said he was surprised that i was disturbingly consistent with my fun and often times sarcastic content.  Weeks later we, were to shut down Twitter with one of the most memorable Twitter Quiz ever on the platform. Don Jazzy gave out N35,000 MTN cards of N1500 units and I moderated the quiz. My phone nearly caught fire that day ..lol. I got over 7,000 Twitter followers that day.

Tonto Dikeh (( @Tontolet)  was the next celebrity i worked with next. The Concept I suggested was that we do a quiz in which all her followers worldwide will be eligible to participate and the 2 winners ( a boy and girl) will be flown into Nigeria ( if they are not in the country at the time) for a dinner date with herself and me at Four Points by Sheraton.  The quiz was a very keenly participated one and two winners (@Neniethisisme & @MunManpro ) emerged as winners. It was yet another successful event that trended online and got a number of other celebrities interested.  (See image below) 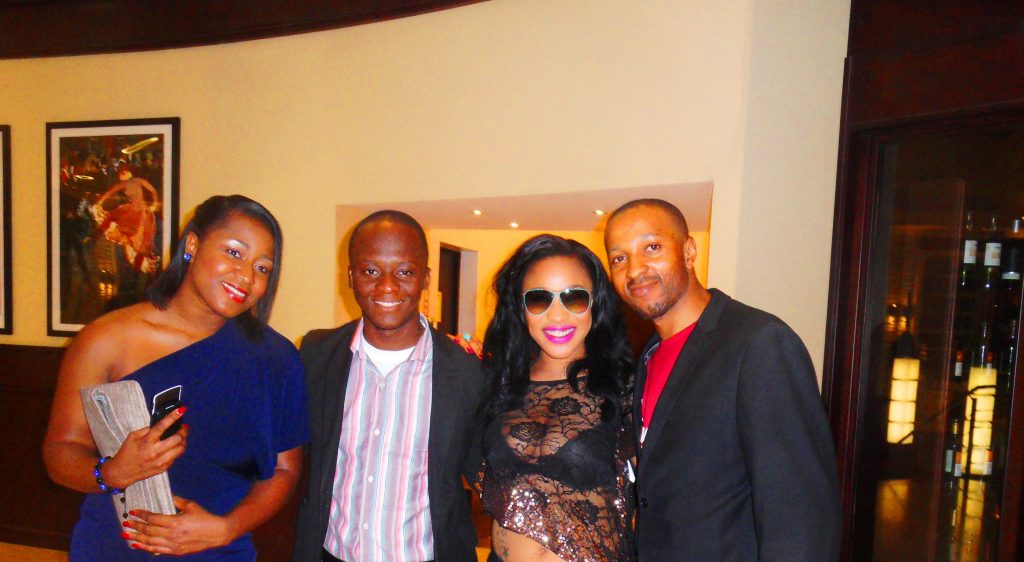 Soon after, @UcheJombo contacted me and wanted to do a quiz to engage her teeming audience. This was in 2012. She was a Glo Ambassador and so she gave out N70,000 Glo recharge card to her fans. It was a resounding online success and with that more celebrities came along.

Up next was @HalimAbubakar who broke the record by giving out N100,000 recharge card to her online fans. It was the most keenly contested quiz session ever to be held in Nigerian Twitter. Over 50 fans smiled home with N1000 recharge cards.

As one of the earliest pioneers of Influencer Marketing in Nigeria, there was a lot of challenges along the way. People were yet to catch up with the concept of social media marketing  and online influence. It is now an industry that has tremendously grown and continue to thrive with popular names such as @DemolaExpoze, @FemiFactor @LazyWrita @EbukaAkara and so many other dominating timelines.

Over the years i have acquired skills and expertise in other areas of Digital Marketing such as Search Engine Optimization, Pay per click Advertising, Web Analytics, Content Marketing, Blogging, Reputation Management and a wealth of expertise that has helped me successfully complete over 200 campaigns for several clients in different niches.

As an influencer, it is key to have a good relationship with your followers, your ability to influence them to act in a specified manner is what stands you out. This takes time and consistency for year. To attract and fully get your audience engaged, your content  has to stand out.